RNA, which is short for ribonucleic acid, is essential in various biological roles.

RNA is involved in the coding, decoding, regulation and expression of genes. Some RNA molecules play an active role within cells by controlling gene expression, sensing and communicating responsed to cellular signals, and acting as catalyzers for biological reactions.

When protein is synthesised on ribosomes in the cell, RNA molecules direct the process. Transfer RNA (tRNA) delivers amino acids to the ribosome, and ribosomal RNA (rRNA) then link the amino acids together to build the correct proteins. All cellular organisms (animals, plants, fungi, and more) use messenger RNA (mRNA) to convey genetic information that will direct the protein synthesis.

Four major macromolecules are essential for all known forms of life, and nucleic acids are one of them (the other ones are lipids, proteins and carbohydrates). Both RNA and DNA are nucleic acids.

Many viruses encode their genetic information using an RNA genome instead of having DNA. 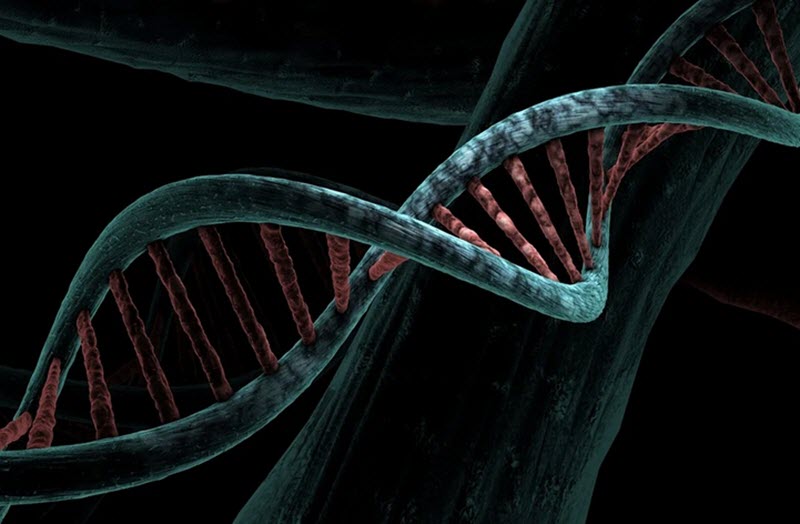 RNA vs. DNA: Similarities, differences and how they work together

RNA occurs in different forms and perform many different functions in a living organism. Below, we have listed a few examples of different types of RNA, what they do and in which organisms they occur. The list is by no means exchaustive, and it should also be mentioned that this is a field of science that is growing continously as we find out more and more about RNA and its many versions and functions in living creatures.

Forms of RNA involved in protein synthesis in all organisms

Forms of RNA involved in protein synthesis in bacteria

Transfer-messenger RNA (tmRNA) is only found in bacteria, where it rescues stalled ribosomes.

Forms of RNA involved in post-transcriptional modification or DNA replication