What is a chromosome?

A chromosome is long DNA molecule which contains all or a part of the genetic material of an organism.

It is usually easiest to observe chromosomes under a light microscope during the metaphase of cell division. During this stage all chromosomes are aligned in the centre of the cell in their condensed form.

Chromosome recombination during meiosis and subsequent sexual reproduction plays a significant role in genetic diversity for organisms that reproduce sexually. Meiosis is a special type of cell division of germ cells; i.e. cells that divide to produce gametes such as egg cells and sperms. Meiosis involves two rounds of division and results in four cells, where each cell only have one copy of each chromosome. 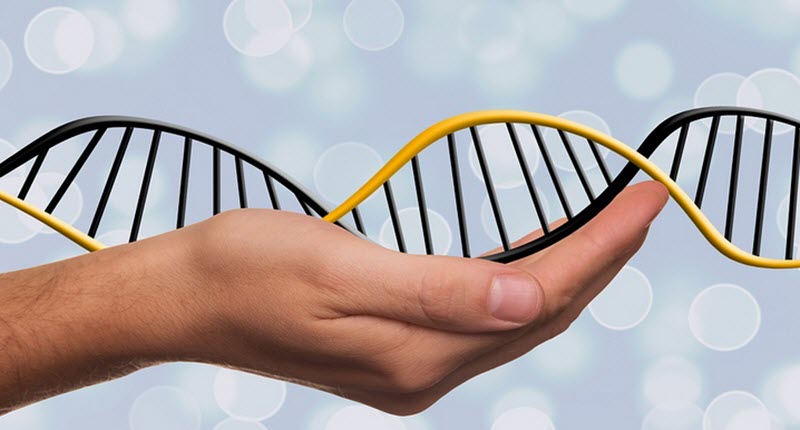 In eurkaryote organisms, each chromosome consists of a long linear DNA molecule associated with proteins, forming a complex of proteins and DNA called chromatin. A majority of the organism´s DNA will be in the chromatin, but there is also some DNA found in the mitochondria. The DNA in the mitochondria typically comes from the mother.

Most eurkaryotic chromosomes include histones, which are packaging proteins. With the help of chaperone proteins, they bind to and condense the DNA molecule to preserve its integrity. Histones are necessary for the creation of nucleosomes. A nucleosome is the basic structural unit of DNA packaging in eukaryote organisms, and it consists of a segment of DNA wound around eight histone proteins.

How many chromosomes does a eurkaryote organism have?

Chromosomes can also break or fuse, and evolve into novel karyotypes. In laboratory experiments, the 16 chromosomes of yeast fungus have been fused into one big chromosomes – and the yeast cells remained viable.

Below, we have listed the total number of chromosomes (including sex chromosomes) in the cell nucleus for a few animals.

Most eukaryotes, including humans, are diploid – they have two sets of chromosomes in the cell. The standard configuration for a human is 22 types of autosomes – each present as two homologous pairs – and two sex chromosomes. 22 x 2 is 44, and then you add the 2 sex chromosomes to get a total of 46.

An abnormal, for the species, number of chromosomes is called aneuploidy. It can occur in the form of a missing chromosome from a pair (monosomy) or there being three or more chromosomes where there should be only two (trisomy, tetrasomy, etc). Aneuploidy is not always full (invovling a whole chromosome being missing or extra) – it can also be partial.

One of the most common and well-known chromosome abnormalities in humans is the trisomy 21, which results in Down´s syndrome. It is a genetic disorder caused by the presence of all or part of a third copy of chromosome 21.

An example of a monosomy in humans is the one where a female individual has only one sex chromosome (an X) instead of two (XX). This results in Turner syndrome.