The prokaryotes use CRISPR to detect and destroy DNA from similar bacteriophages when they encounter them. This process is an important part of the organisms resilience against this type of viral infection – it is a form of acquired immunity.

Among the sequenced bacteria genomes, CRISPR has been found in roughly 50%.

Among the sequenced archae genomes, CRISPR has been found in nearly 90%. 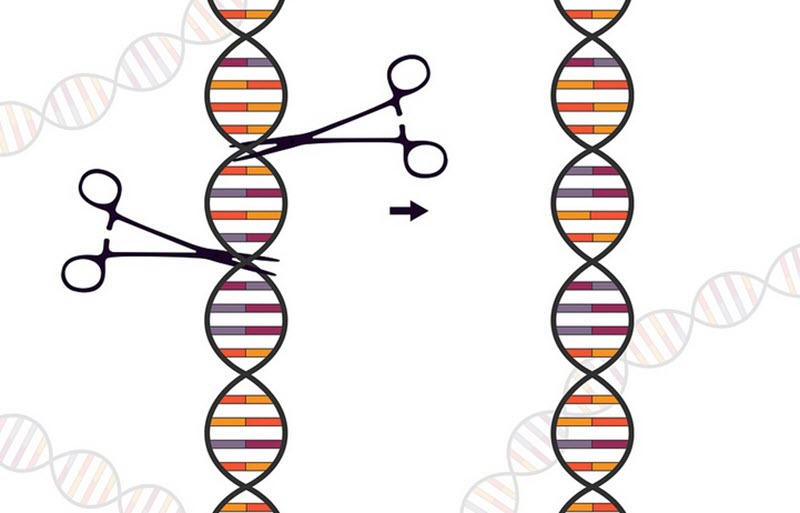 Cas9 is hosrt for CRISPR-associated protein 9.

Cas9 is an enzyme that utilizes CRISPR sequencing as a guide to recognize and cleave specific strands of DNA.

In the lab, CRISPR-Cas9 technology is used to edit genes within organisms. It relies on Cas9 enzymes working together with CRISPR sequences.

This technique has quickly become very important in the field of biological research, including medical research and development of biotechnological products.

In 2020, Emmanuelle Charpentier and Jennifer Doudna shared the Nobel Prize in Chemistry for having developed the CRISPR-Cas9 genome editing technique.

In 2005, the yogurt researcher Rodolphe Barrangou made an intersting discovery while working for the Danish food company Danisco. He noticed that after dealing with phage challenges, Streptococcus thermophilus will develop increased phage resistance. He was also able to show that this increased resistance is due to the bacterium incorporating additional CRISPR spacer sequences.

Danisco used these finds to develop phage-resistant strains of Streptococcus thermophilus for their yoghurt production. The technique became in much more widespread use once Danisco had been aquired by the international food-giant DuPont, which is a major player on the global dairy culture market.

CRISPR gene editing is today used medically and by the food and farming industries, and it is also a vital tool for a lot of medical research and other scientific research within the field of biology.

Here are a few examples:

CRISPR gene editing technology is used to modify yeast for the production of biofuel.